I met Joshua Febres on the morning of January 6, 2019. He was living on the northwest corner of 34th Street and 8th Avenue in New York City.

I was meeting an artist friend, Janusz Gilewicz, at the Tic Toc diner.  Joshua was begging for money for food so we invited him to have breakfast with us. We asked for his story and he was kind enough to allow me to record it.  Afterward, Janusz sketched a sign that he could use for his begging. 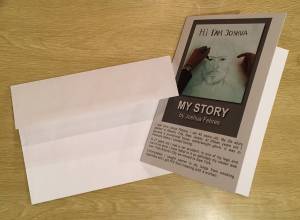 I published his story and you can find it, along with a link to the original audio here.  I kept in touch with Joshua for many months and he never asked me for money. I decided to print cards with his story so that he might sell them or give them as a sign of gratitude to people who help him.

He asked me to not give him more than 100 at a time and pack them in waterproof plastic bags because everything he owns tends to get soaked during the rain.

He told me later that although he was unable to sell the cards he did offer them to people who gave him money. He said that nobody took the cards. In one instance someone said they would come back for it but they never did. Although I’d printed 1,000 cards, he asked me not to give him any more.

My observation is that more than your money, the people on the street just want to be seen as human and respected as such. And yet many more people are willing to give them a dollar than a minute, and few want to touch them or even touch something that they touched.

It might do us good to think about that during this global COVID-19 pandemic at a time when we’re all afraid to touch each or even things touched by others.

Now might be a good time to share Joshua’s story. I have nearly 900 cards left, and if you live near me and know my address then feel free to pick up a stack of the cards from my front porch. Perhaps you can use them as Christmas cards or, if you do charity work, you might share Joshua’s story with the people who support you. Even if it is raining the cards are dry because I have them packed in double layer zip-loc bags just like I did for Joshua. And, I’ve used surgical gloves so you need not fear germs from me.

If you want to print your own supply of cards you can find 300 dpi images of the outside here and the inside here. I used and it only cost me $443.03 for 1,000 full color glossy outside and matt on the inside.

I kept in touch with Joshua through early Spring 2019 and then he vanished. I don’t know what happened, but even if he is dead, with your help perhaps we can keep his story alive 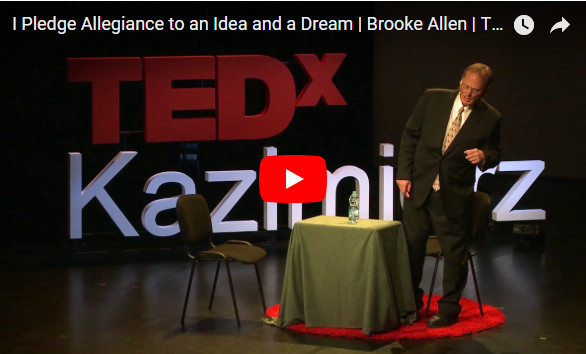